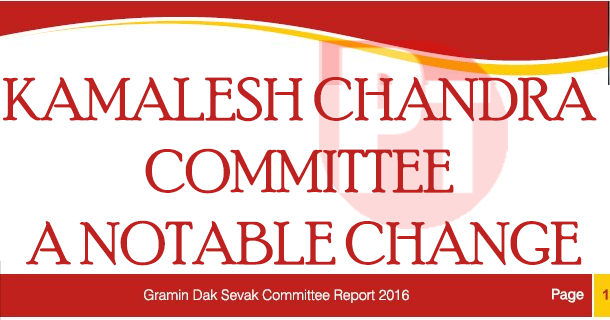 Gramin Dak Sevaks Committee chairman Sri Kamalesh Chandra has submitted its report to the Secretary, Postal Board on 24th November 2016. Due to the series of agitational programmes of AIGDSU like Dharna’s at all levels the department published the GDS committee report on 19thJanuary 2017. AIGDSU issued indefinite strike notice also demanding early publication of GDS Committee Report.

There is no exaggeration to say that more than 80% suggestions of AIGDSU memorandum has been taken into consideration. The committee has not attempted to analyse the justification of GDS demand for grant of Civil Servant Status of the GDS stating that the matter is presently subjudice and hence left to the out come of the court case.

The main demand of AIGDSU grant of 8 hours work to GDS post offices is diluted. AIGDSU opined that nobody except AIGDSU demand 8 hours work is one of the reasons to dilute this demand. Grant of pension to GDS is also kept into dark. AIGDSU has written a letter to the Secretary, Department of posts on 7-02-2017 alongwith the principle CAT bench, New Delhi judgememt regarding grant of Pension to GDS.

AIGDSU is going to take chapter wise discussions of the recommendations at length in the CWC held at Karur. Tamil Nadu Circle from 26-02-2017 to 27-02-2017. AIGDSU wish to submit a detailed memorandum to the department demanding immediate implementation of the favourable recommendations. AIGDSU would like to suggest necessary modifications and changes.

In case the government refuse to implement or dilute the favouralbe recommendations, there is no doubt that AIGDSU will start serious trade union action including indefinite strike.

It is known fact that the favourable recommendations of the GDS committee is a product of AIGDSU uncompromised struggles. Let all the GDS irrespective of unions unitedly fight and shall not rest till civll servant status to GDS achieved. 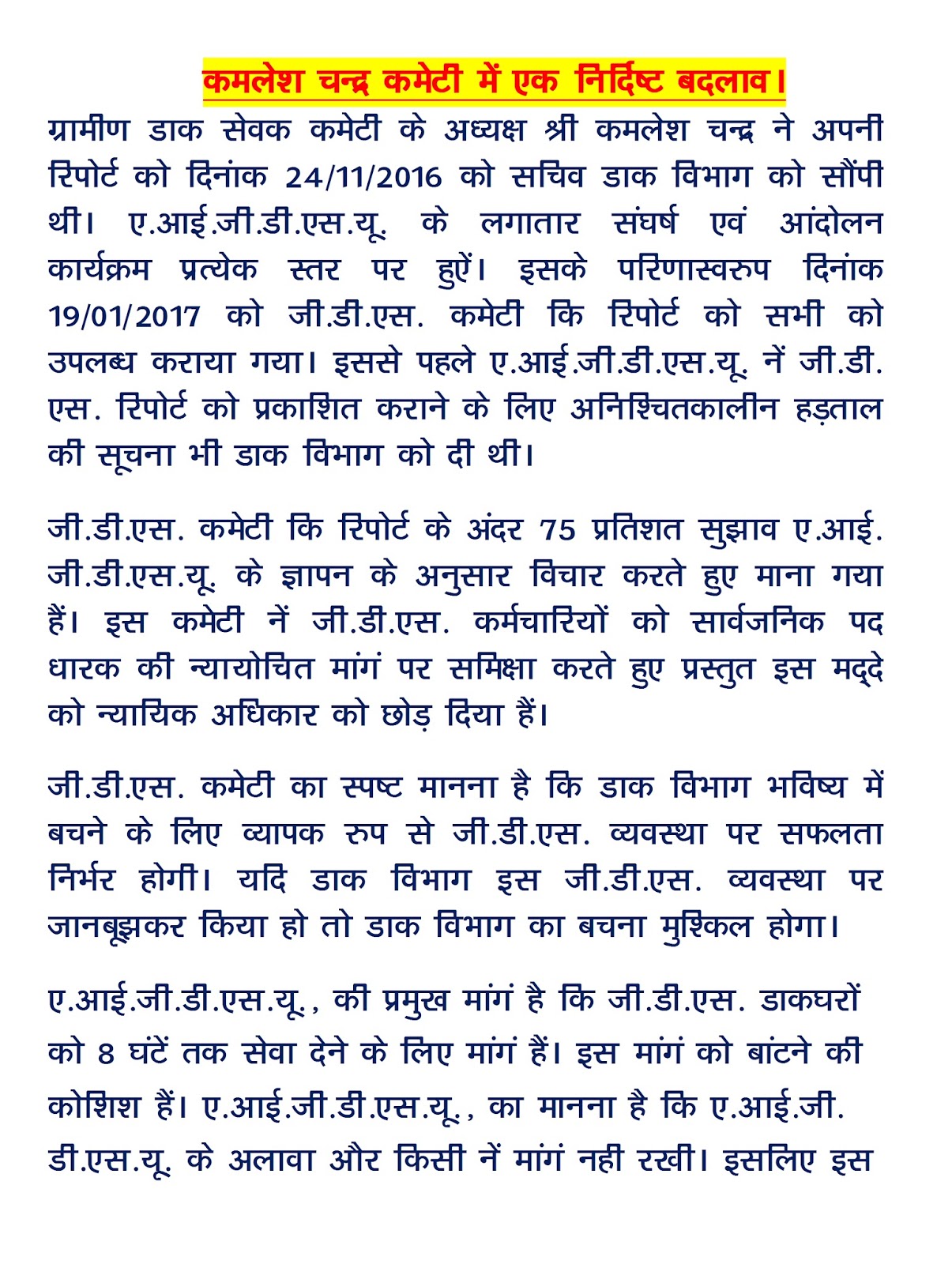 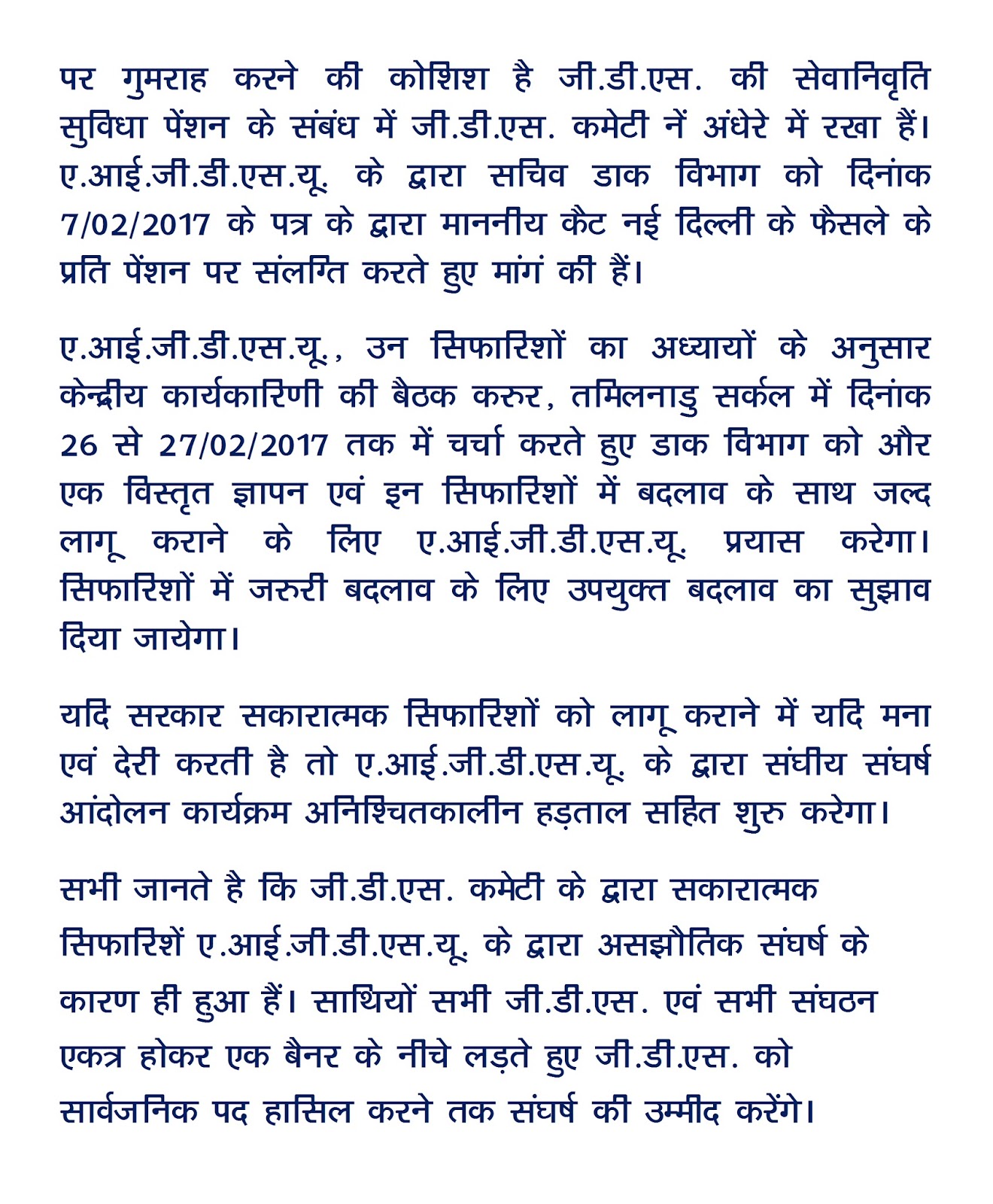